I know it’s 7 years bad luck when you break a mirror, but what’s the penalty for breaking a window?  Dammit.

So!  Change in plans.  After the shock and horror wore off (could have been minutes, could have been hours ~ time stopped. JK)  I went in search of the new-fangled plastic, double-paned windows I’d purchased for the original TH.  Confronted with using either huge 3′ by 5′ suckers or more reasonable but smaller than I’d wanted windows, I went with a 31″ by 21″.  Now, here’s the thing:  I’d already cut the rough opening in the wall and flashed it, not to mention having to redo the framing.  Nooooo….. 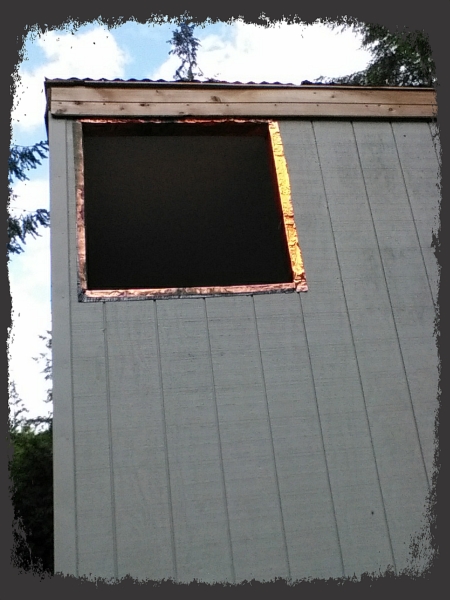 Rough Opening ready for the large wood window. Yes, that’s copper sheeting.  I was going to put that on all the window openings for a bit of style 🙂

Patching went ok, but now the back of the building doesn’t look nearly as good.  The patch is really obvious right now, and I don’t know if all the caulking and painting necessary will change that.  Plus, water entry is now more of a risk.  Such a bummer!  At least restructuring the framing went quickly. 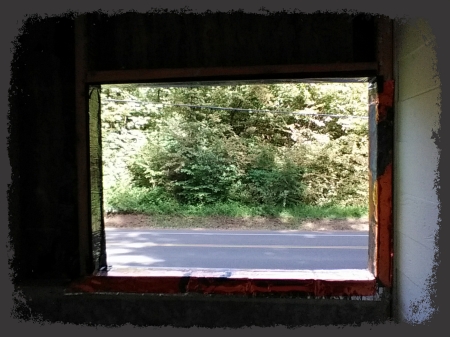 Restructured and patched Rough Opening w/o the copper sheeting, as it won’t show in this type of window install.

The upside of this huge change in plans?  Installation was a breeze, and I immediately had an opening window complete with screen.  That was cool. 🙂

Then the snowball effect kicked in.

As I stood there looking out my new window (yay) I contemplated the other two windows that were going in next to it.  No way.  Two old-fashioned (but cool) wood windows inches from a modern plastic window?  Nope.  I looked at the stack of double-paned choices and compared them to the framing already in place.  Nope again.  I just didn’t want to do it.  The single, smaller window surprised me with the amount of light it let in, so right there I decided one was enough.  This decision opened up changing the interior layout I’d planned on, so I spent the night obsessively redrawing plans.  Because of course.  And that wasn’t all, as now that I wasn’t using wood windows in the rear, I got really hesitant to use them in the front…and after checking to make sure double-paned plastic framed windows can safely be installed at an angle I’m going to do that.  So much less light, so much reduction in views.  A hell of a lot easier installation, so little risk of more breakage.

So a lot of changes, a bit of heartbreak, and much work later, here’s what things look like now: 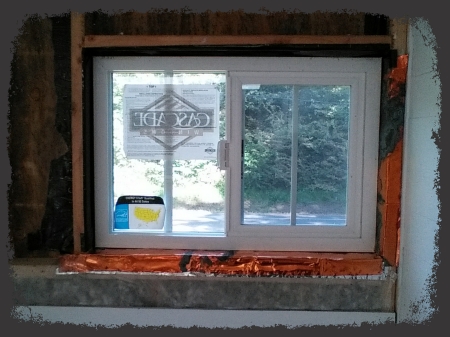 Before I go, here’s the latest pictures of Leo hanging out in the new place: 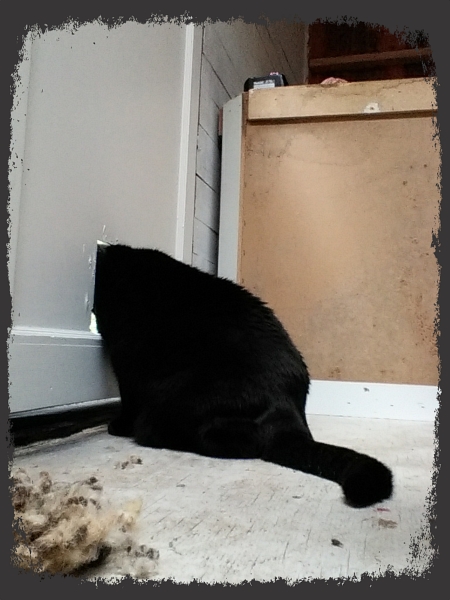 Leo barely fits through the door opening, but likes to look out. 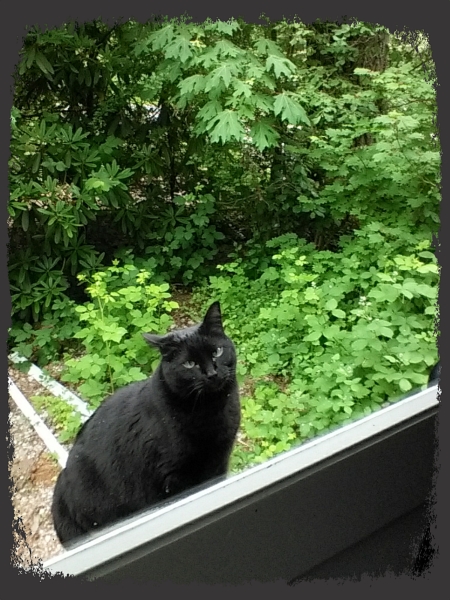 Leo on the ladder outside. Doesn’t he know not to stand on the top???

The Lives and Training of Service Cats

Welcome to the world of cats!

Wheeling It: Tales From a Nomadic Life

On the Road Since 2010, Traveling Across USA & Europe With Pets